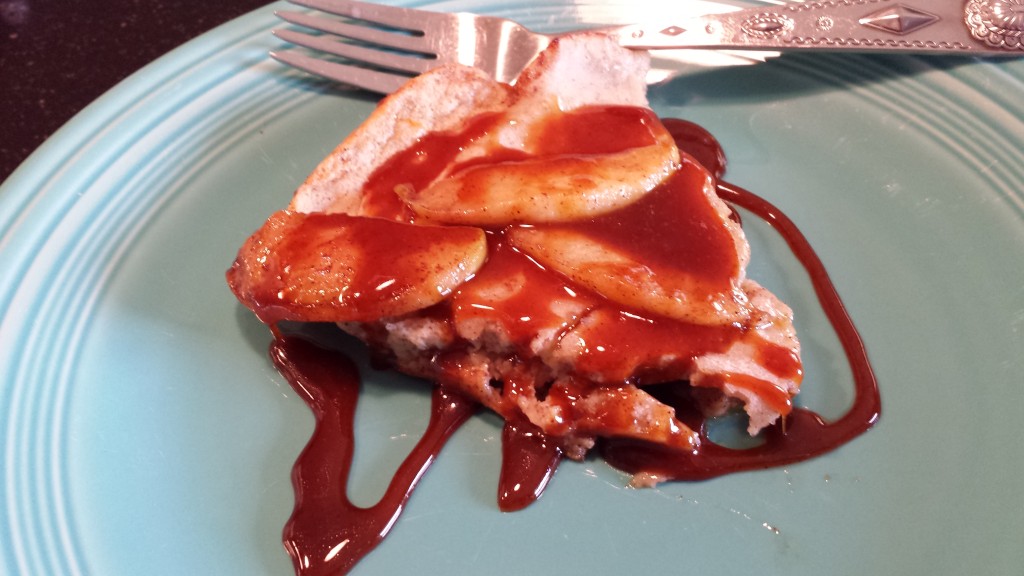 This is what I call ‘Fall on a Plate’. Apples, cinnamon and butter all wrapped up in a tasty pancake! I found this recipe in Bon Appetit magazine and had to give it a try. Kris and I had this for Sunday brunch and I am looking forward to the next time I cook this up. 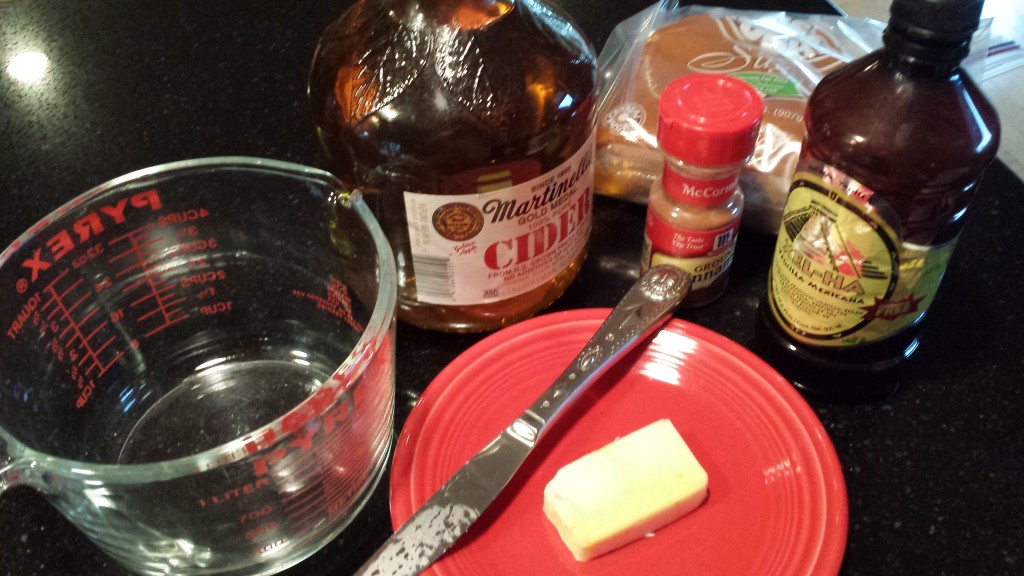 The Apple Cider Syrup is so good. It is almost like a caramel sauce to top this pancake. I saved the extra to use as a topper for ice cream! 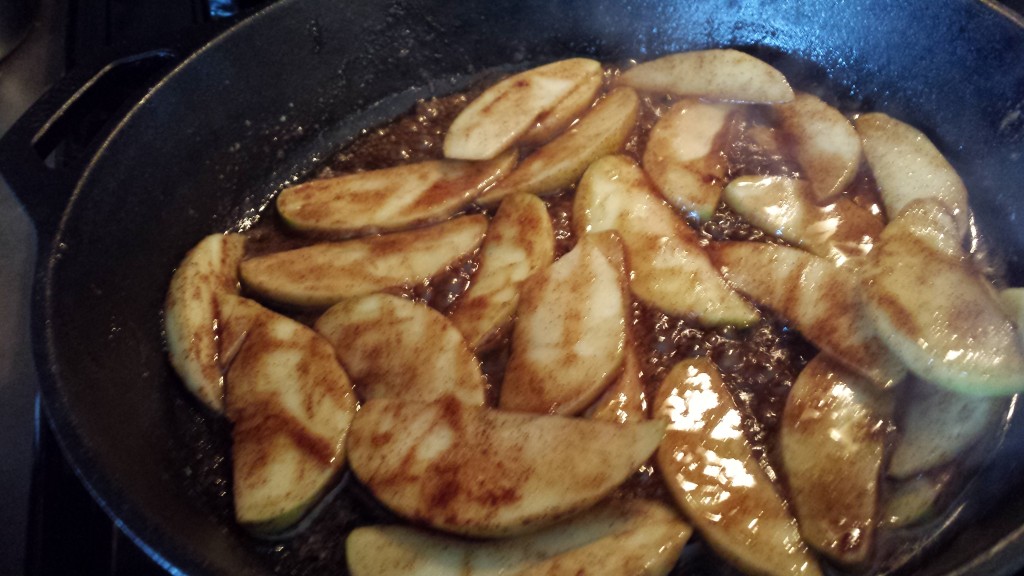 This is a fairly easy breakfast to whip up on the weekend. With apples in season it makes for some fresh fall flavors. Make sure to use a cast iron pan to get all the flavors. Cooking the apples in butter, brown sugar and cinnamon made the house smell amazing. I think I woke up the neighbors:)

After cooking the apples for about four minutes, remove them from the skillet and wipe it out. Heat the skillet up in your preheated 425 degree oven to get it HOT. Add some more butter and add the apples to the center of the pan. It is looking good now.

Pour the batter over the apples and pop it back into the oven. Since Kris and I are wheat free, I used Betty Crocker Gluten Free Rice flour blend for the batter. Bake for 12-15 minutes and remove from oven. 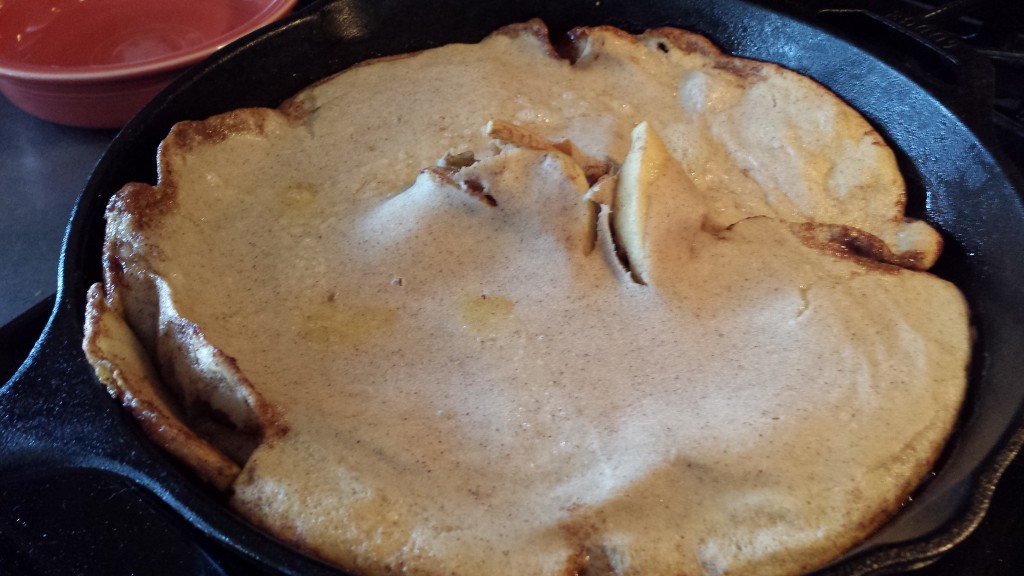 Now it is time to eat! Slice it up and top with the Apple Cider Syrup and you have an amazing Sunday breakfast. Enjoy!!

APPLE CIDER SYRUP
Bring cider, butter, brown sugar, vanilla, and cinnamon to a boil over medium-high heat in a large saucepan. Reduce heat and boil gently, whisking occasionally, until thick and syrupy, 30–45 minutes.
DO AHEAD: Syrup can be made 1 week ahead. Let cool; cover and chill. Bring to room temperature before using.
DUTCH BABY
Preheat oven to 425°. Whisk eggs, milk, flour, vanilla, salt, and ½ tsp. cinnamon in a medium bowl until smooth.
Melt 2 Tbsp. butter in a 10” skillet, preferably cast iron, over medium heat. Add apple and sprinkle with brown sugar and remaining ½ tsp. cinnamon. Cook, tossing often, until apple is coated and softened, about 4 minutes. Transfer to a plate.
Wipe out skillet and heat in oven until very hot, 8–10 minutes. Carefully add remaining 2 Tbsp. butter to skillet, tilting to coat bottom and sides. Add apple to center of skillet; pour batter over. Bake until pancake is puffed and golden brown around the edges and center is set but still custardy, 12–15 minutes.
Serve drizzled with apple cider syrup.

This entry was posted in Uncategorized. Bookmark the permalink.